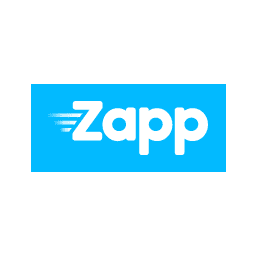 Zapp increased its advertising budget to £4m in 2021, which was all spent on OOH.

The rapid delivery service has just raised £149m in a Series B funding round to “focus on achieving profitability” in existing markets and to launch into new ones outside of London and Amsterdam.  Zapp’s strategy is to target so-called “megacities” where densely populated urban areas provide sufficient order volumes in an industry where margins are often razor-thin.

Zapp’s co-founder Joe Falter said: “We’re on a long-term journey to build a technology-enabled supply chain that can deliver thousands of products to hundreds of millions of customers around the world faster and more sustainably than any other supply chain can today.” He added: “With this new capital, we will focus on achieving profitability in our existing markets as well as bringing Zapp to new customers globally.” With such huge ambitions, Zapp will most likely need multidisciplinary agency partners to help achieve its growth plans.

Whilst Zappa has focused on London, its home market, and taken control of its supply chain with its own warehouses, Turkey’s Getir and Germany’s Gorillas (who have spent considerably less on advertising in the same period: Getir £50,000; Gorillas £1.2m), have made a head start in building delivery rider and “dark store” networks in Europe’s capitals and major cities.

Last summer, Zapp signed a major sponsorship deal with Chelsea FC. And as it looks to increase its brand metrics and to take on its rivals, it will be using more channels and boost its promotional activities to reach its audience.